“Those who stand for nothing fall for anything.” -Alexander Hamilton 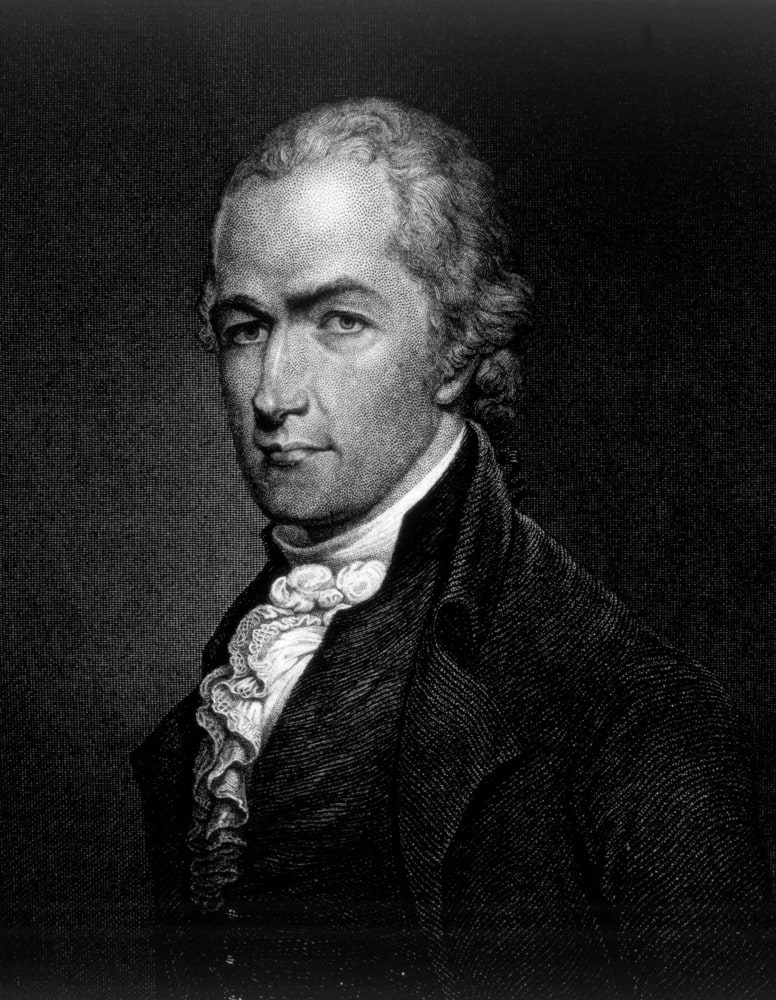 In honor of Independence Day, let’s reflect on one of our founding fathers, Alexander Hamilton: his life, his legacy, and the ways we have remembered and memorialized him.

Born in the British West Indies in January 1755 or 1757, Alexander Hamilton was the illegitimate son of Rachel Lavien and James Hamilton. When he was 11, Hamilton’s father deserted the family, and not long after, his mother died.

For a time, he worked as an accounting clerk, where he first learned about international commerce. With his employer’s help, Hamilton went to America to pursue an education. He arrived in America in 1773. Soon after, Hamilton took up the colonials’ cause.

By 1777, he became George Washington’s assistant and trusted advisor. For the next five years, Hamilton worked closely with Washington. Also during this time, Hamilton married Elizabeth Schuyler, with whom he would have eight children. 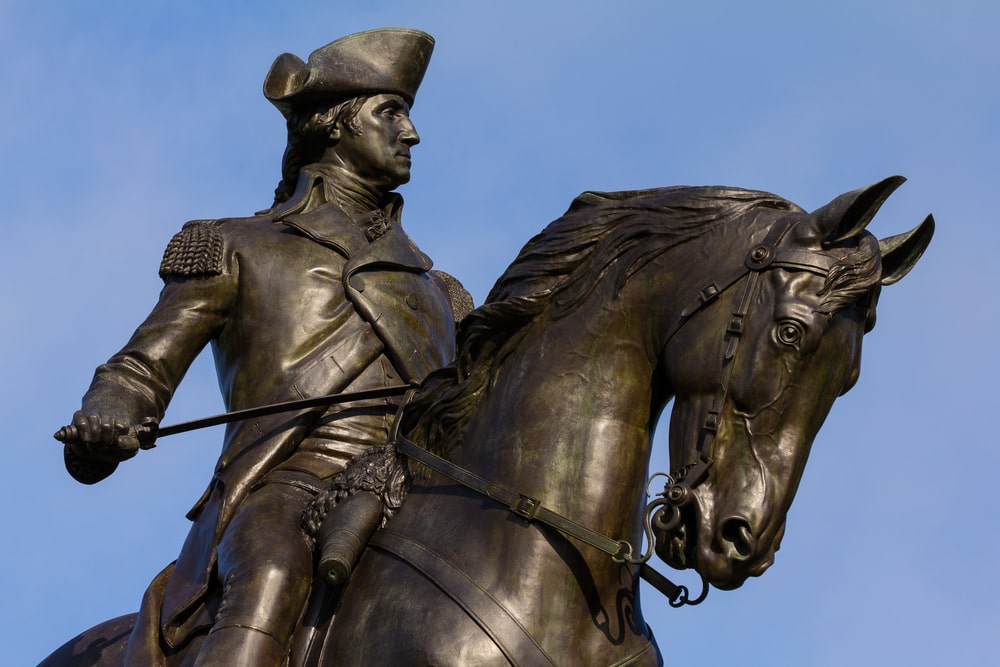 Following the Treaty of Paris, which ended the war, Hamilton remained with Washington until 1782, at which time he left to pursue a career in law. Hamilton enjoyed a large amount of success, distinguishing himself as one of New York City’s finest attorneys.

Hamilton continued his involvement in politics. He served as a New York delegate, joined James Madison and John Jay in writing the Federalist Papers, and under George Washington’s presidency, became the first secretary of the treasury.

In 1800, Thomas Jefferson narrowly won the presidency. Aaron Burr served as Jefferson’s vice president. When Jefferson ran in 1804, he did not include Burr on his ticket. Instead, Burr ran for the New York governorship, but lost. While frustrated and angry at this loss, Burr read a newspaper article that quoted Hamilton as saying that Burr was “the most unfit and dangerous man of the community.” 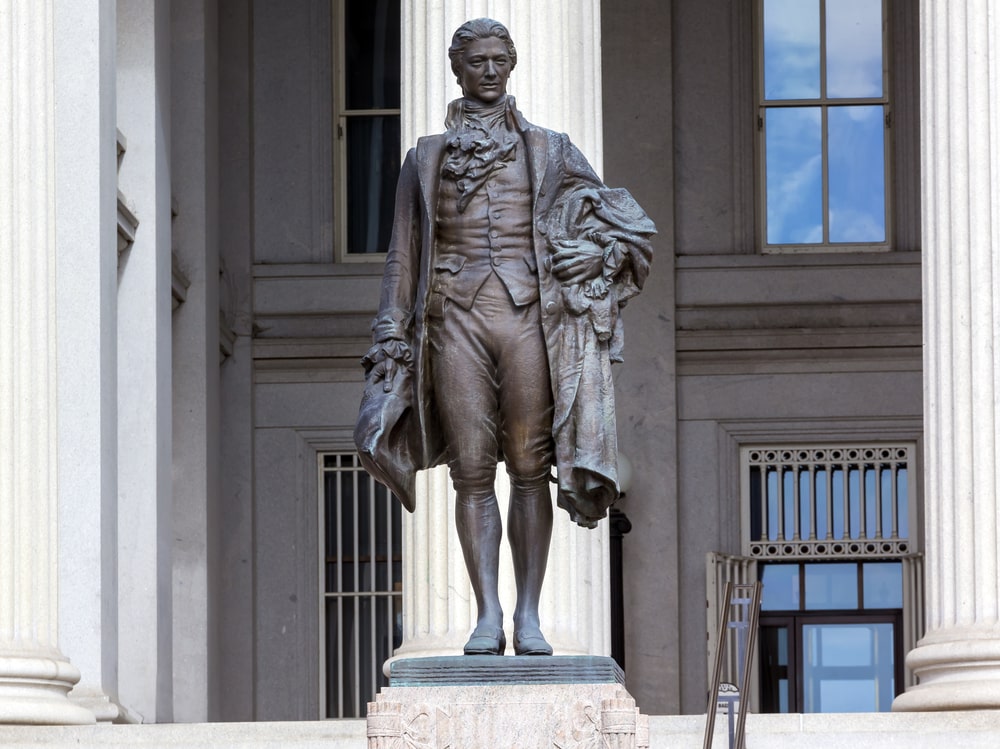 (Photo: Statue of Hamilton outside the U.S. Treasury building)

As we look back at Alexander Hamilton’s life, none of us can deny that he left a legacy. He served as a delegate at the Constitutional Convention and was a major author of the Federalist Papers. But most importantly, he served as our first secretary of the treasury. In this role, he created a modern financial system, funded the national debt, founded a bank, and established a mint with the dollar as currency.

Though he is not the most prominent of our founding fathers, he still had a significant impact on the success of our nation, particularly in regard to early financial stability. Two days after his death, Hamilton’s longtime friend, Gouverneur Morris said in a eulogy: “At the time when our government was organised, we were without funds, though not without resources. To call them into action, and establish order in the finances, Washington sought for splendid talents, for extensive information, and, above all, he sought for sterling, incorruptible integrity—All these he found in Hamilton.”

In recent years, Alexander Hamilton’s name has resurfaced because of the success of the Broadway musical, Hamilton, which is based on his life. In addition to this popular theatrical production, we remember and memorialize Hamilton in other ways. Many towns, counties, parks, bridges, schools, and even ships are named after him. Additionally, it is his face on the $10 bill. Anytime children learn about the founding of our nation, Alexander Hamilton will always be mentioned. 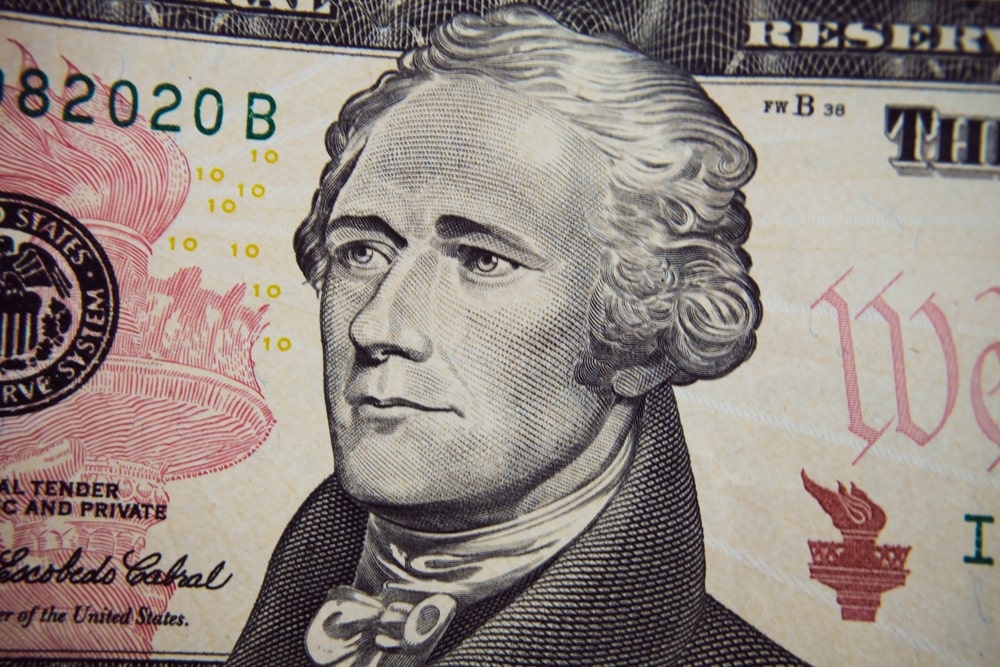 As we reflect on Alexander Hamilton’s life, think also of your own life. Are you leaving a legacy that you and your family can be proud of? Have you shared what’s most important with those you care about? If you look at Hamilton’s life, his legacy was peppered with both good and bad. However, it’s up to you whether you have an accidental legacy or an intentional one. Whether your legacy empowers others or brings them low. 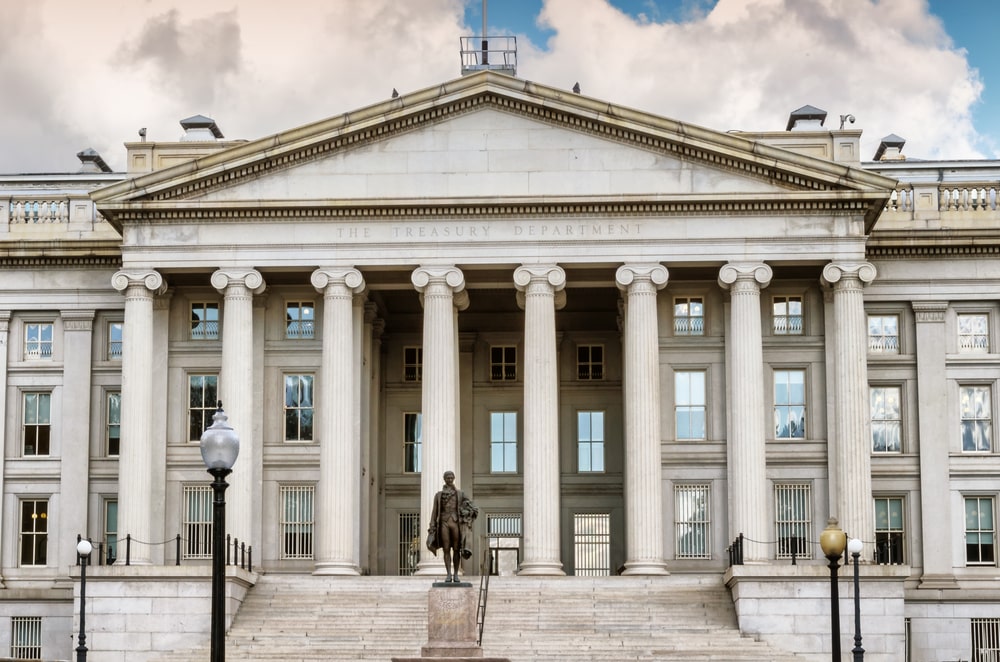 With our legacies, we contribute to the future. The things we do and say affect the lives of others and have the power to create good or bad. What we do matters. What Alexander Hamilton did matters. Most of us are not prominent people. Our names are unknown to thousands, or even millions, of people. But then, fame and glory aren’t the point of a legacy. Instead, it is our responsibility as good men and women to create legacies that will take our families and the next generation to a level we can only imagine.

Let’s learn from Alexander Hamilton’s successes and mistakes and live lives that positively impact others and create legacies worth remembering.