The Core Elements of a Military Honors Funeral

Our veterans represent courage, honor, and sacrifice. Throughout our history as a nation, our military men and women have stepped up to face the opposition, protect our way of life, and preserve our freedom. Because we owe them a tremendous debt of gratitude, it’s appropriate that we honor them in special and symbolic ways upon their death. They served us in life; let us honor them in death.

The Department of Defense, through a program called “Honoring Those Who Served,” is responsible for providing military funeral honors. In most cases, the military personnel who participate do so on a volunteer basis. Keep in mind, military honors must be requested, so if you are in the process of planning a funeral for a veteran, work with a funeral director to make an official request. 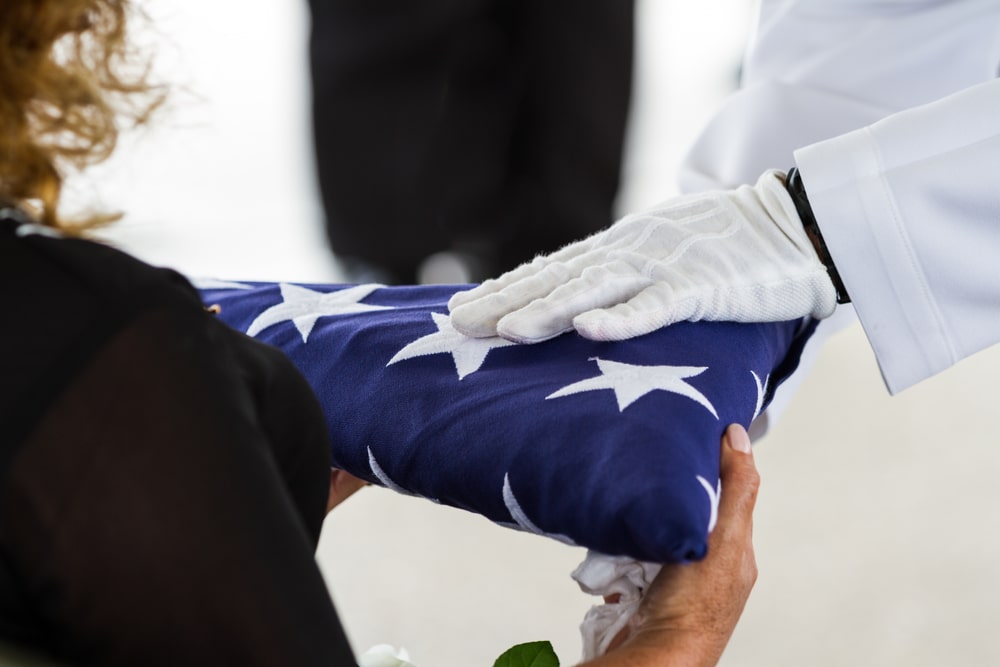 Military funeral honors vary. A few factors that affect military honors are whether the armed forces member was active duty, retired, or a veteran; their rank; and the place of burial. For veterans buried in national cemeteries, the honors will have an added element of formality and include additional elements, such as a horse-drawn caisson for commissioned officers buried at Arlington Cemetery. Veterans buried in private cemeteries will be less formal and include fewer elements.

For now, let’s review the most common ceremonial elements and why they are significant to our veterans. 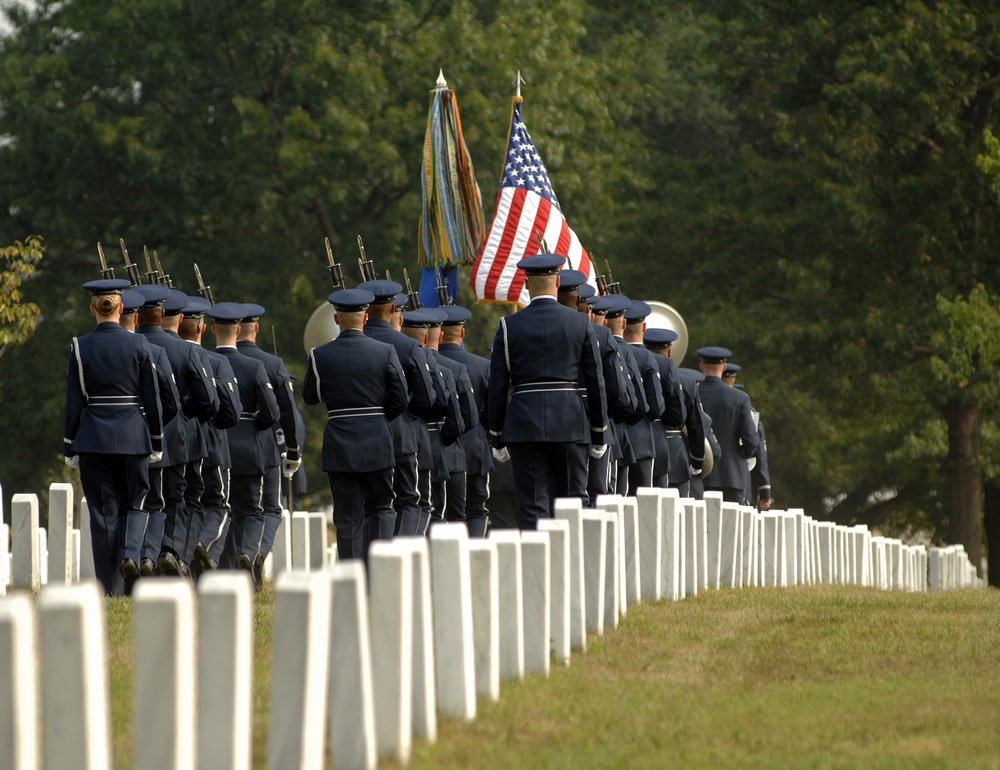 If a family requests military honors, at least two honor guards will attend the funeral, one of which is currently serving in the same branch that the deceased veteran did. Depending on availability and the rank of the veteran, the honor guard may consist of more members. The honor guard will carry out the requested honors with precision and respect.

The flag-draped casket or urn is a prominent feature of a military funeral that dates back to the Napoleonic Wars in the late 18th and early 19th centuries. At that time, it was tradition to cover the dead with a flag before removal from the battlefield. Today, the tradition continues to remind the living of that person’s service and sacrifice. With the American flag, the blue field spreads at the head, over the left shoulder of the casket. After services conclude, the honor guard folds the flag and presents it to the next of kin. 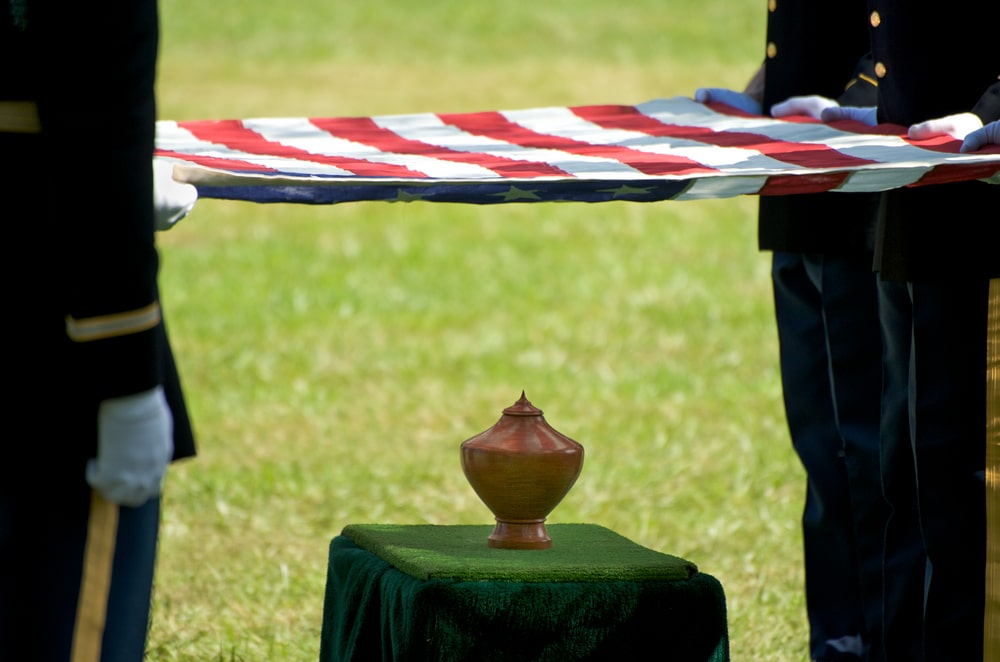 Folding of the Flag

The honor guard at the funeral will also fold and present the flag. It takes 13 individual folding movements to create the ceremonial triangle, which is intended to represent the tricorn hats worn by George Washington and his men at the foundation of our country. After the flag is folded, the service member representing the veteran’s branch of service presents the flag to the next of kin and says:

“On behalf of the President of the United States, the United States (Army, Marine Corps, Navy, Air Force or Coast Guard), and a grateful nation, please accept this flag as a symbol of our appreciation for your loved one’s honorable and faithful service.” 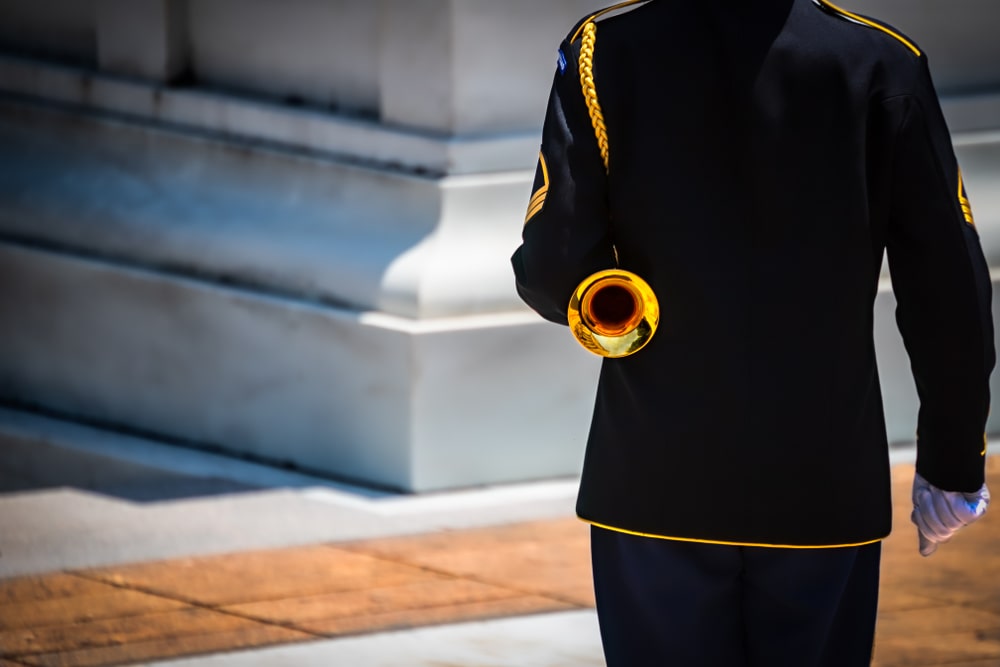 In 1862, during the Civil War, General Daniel Butterfield, with the help of bugler Oliver Norton, revised an earlier bugle call into what is now known as “Taps.” Previously, the song signaled to troops that it was time to put out the lights and go to sleep. However, shortly after Butterfield’s revisions, captain-in-charge John Tidnall presided over a funeral. He asked his men to play Taps rather than firing the customary three volleys. At the time, three volleys conveyed to the enemy an intention to begin fighting again. To avoid sending this message, the bugler simply played Taps. Since that time, the song has been associated with military funerals. 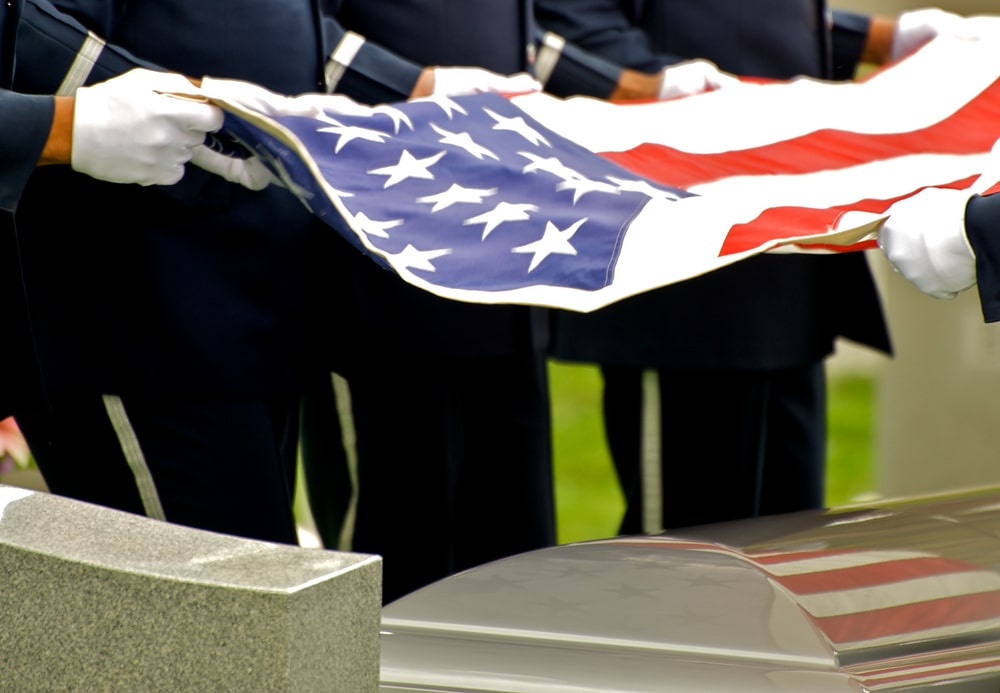 To review, the honor guard, draping of the casket, folding and presentation of the flag, and the playing of taps are the core elements of a military funeral. Depending on availability, families can incorporate other symbolic actions. 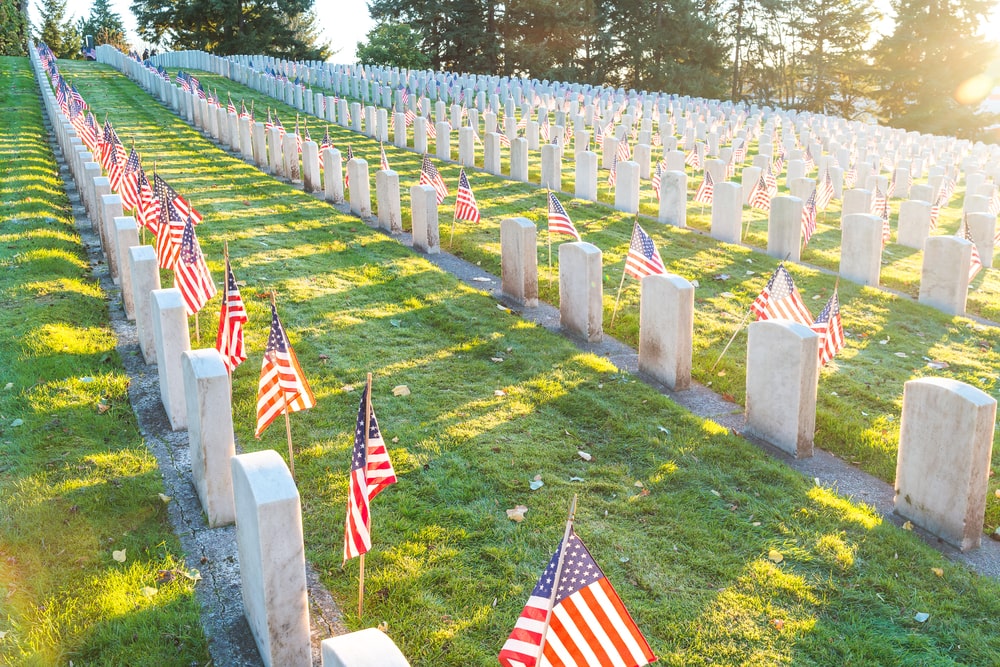 To learn more about your veterans’ benefits, visit www.benefits.va.gov.