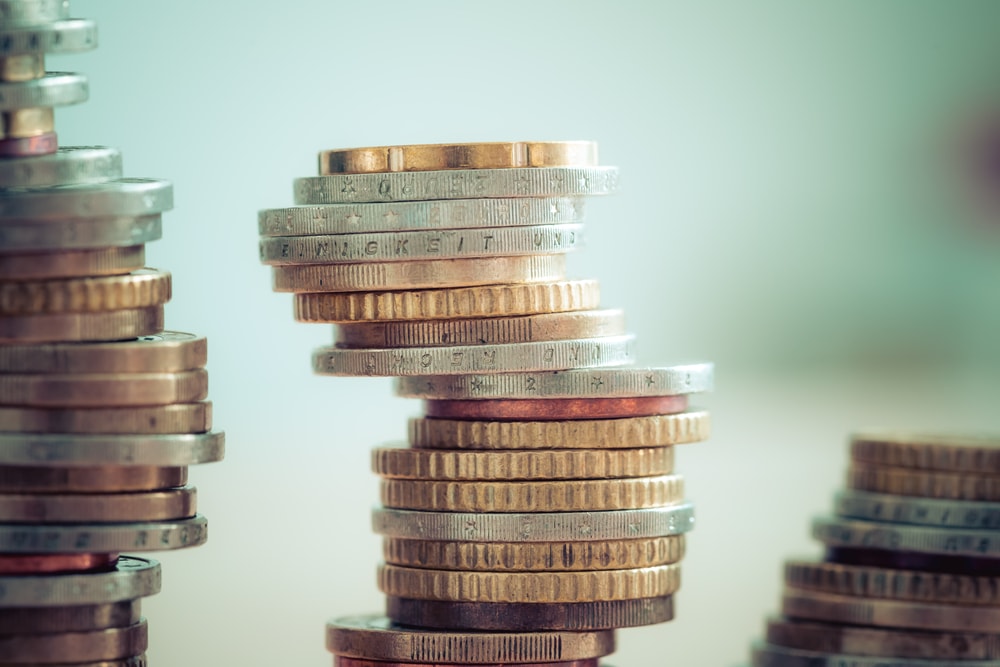 What Do the Coins Left on Veteran Graves Mean?

If you’ve ever visited a national or state veteran cemetery, you may have noticed coins left on grave markers. But did you know that each type of coin has special meaning and significance? Let’s dig into this intriguing tradition a little more.

It’s not clear exactly when the practice of leaving coins on the graves of veterans began. However, many believe that the practice began in earnest after the Vietnam War. Leaving a coin was thought to either be 1) a way to pay respects to a solider without getting pulled into discussions about this much-debated war or 2) a down payment on a drink or a hand of cards when the friends are finally reunited. 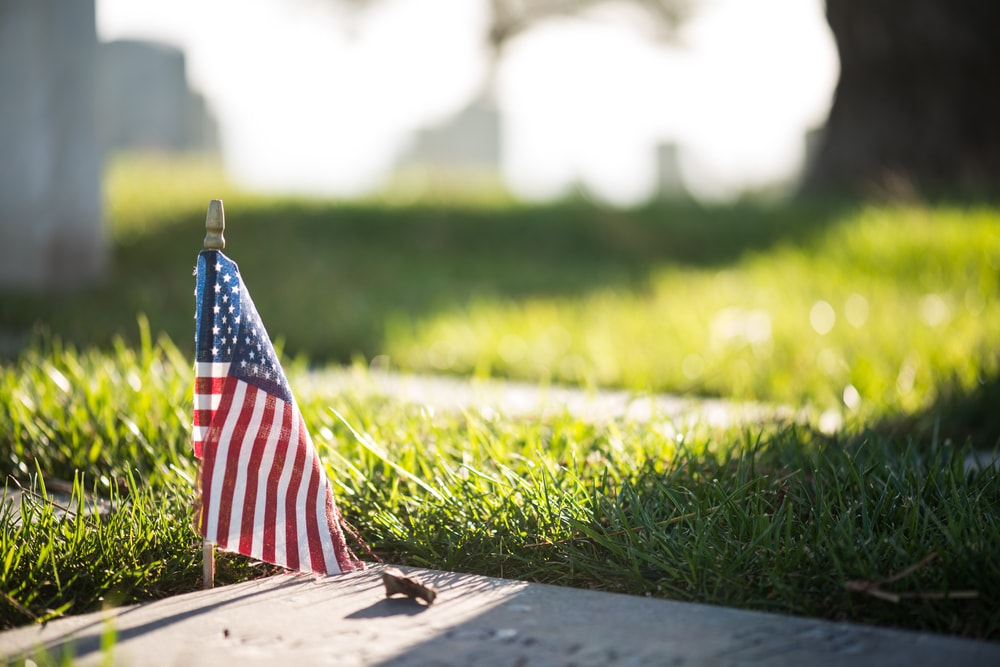 For centuries, coins have played a role in funeral and remembrance practices. For example, in Ancient Greece, it was customary to place coins on the eyes or in the mouth of a fallen warrior. In Ancient Egypt and other ancient cultures, rulers and prominent citizens were often buried with coins as well as many household goods to prepare them for the afterlife.

While our funeral practices are no longer in line with the ancient world, coins have survived as a method for paying homage to someone we admire and respect.

What Do the Coins Mean?

Each of the four coin denominations have a distinct meaning, according to tradition.

As you can see, the higher the coin denomination, the closer and more personal the relationship to the deceased veteran. In addition to the four standard coins, it’s possible you may also see challenge coins left at a grave as a token of respect. 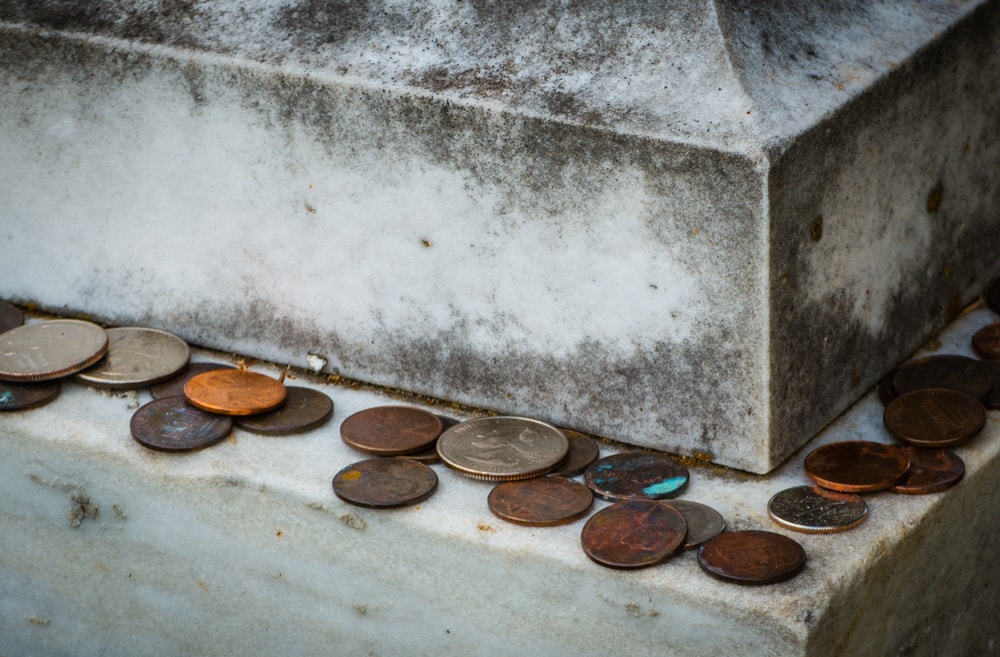 What are Challenge Coins?

Challenge coins started gaining more popularity during the Vietnam War when they were used by Special Forces units. Typically, a challenge coin proves group membership (i.e. in a certain unit). Or, unit commanders present them as a symbol of recognition and achievement.

If you ever see a challenge coin on a veteran’s grave, it is a sign of the highest respect. More than likely, it came from a brother or sister in arms. It’s not uncommon for the challenge coin to showcase the emblem of the deceased veteran’s military unit.

It should go without saying, but if you ever come across a challenge coin, please do not take it. Let it be a continual respectful remembrance for years to come.

What Happens to the Coins?

At national and state veteran cemeteries, cemetery staff eventually collect the coins. The cemetery then places the coins into a designated fund used to pay for maintaining the cemetery grounds (washing graves, mowing the lawn, killing weeds, etc.) and covering the burial costs of indigent veterans.

However, no one collects challenge coins. They remain at the veteran’s grave as a sign of remembrance and respect. 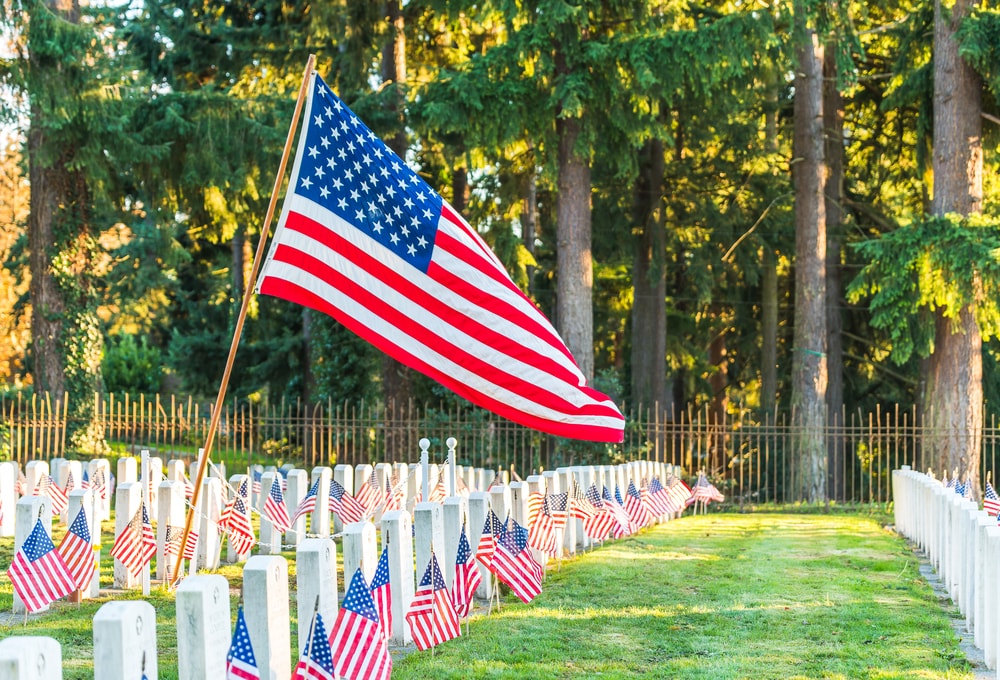 For veterans buried in private cemeteries, any coins are subject to the regulations of the individual cemetery. Many cemeteries collect the coins and use them to maintain the cemetery grounds.

Interesting, isn’t it? As human beings, we have an innate need to mark the passing of the people we love and respect. It’s followed us from the beginning of time, and for as long as human beings exist, we will practice the art of remembrance and value the lives of those we love. So, the next time you see a coin on a grave, remember that this person is loved and missed.