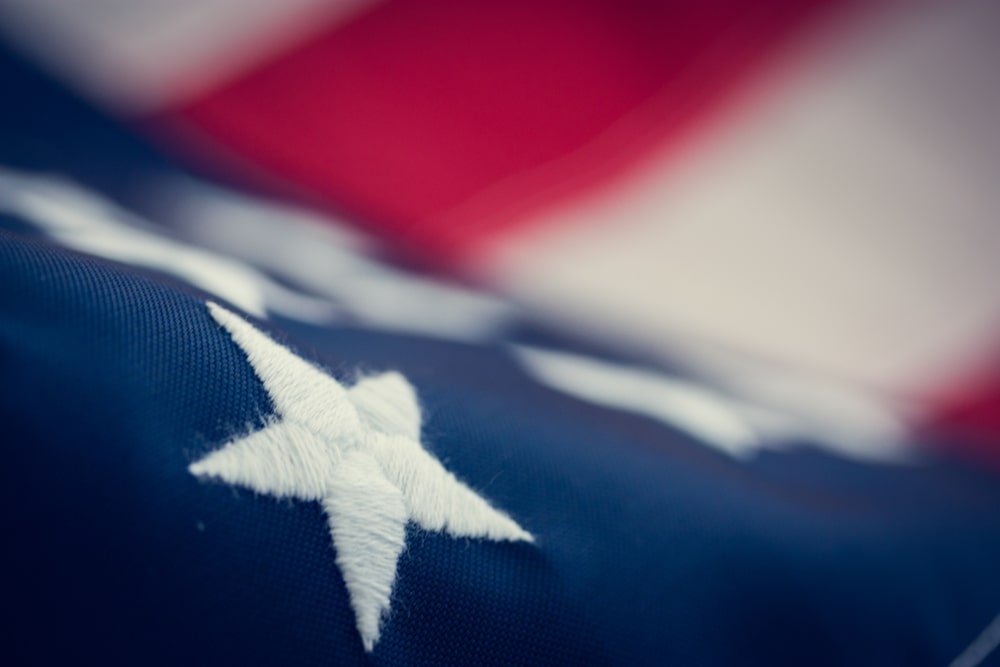 Honoring Our Fallen Soldiers: The Tomb of the Unknown Soldier

“Here rests in honored glory an American soldier known but to God.” – Inscription on the Tomb of the Unknown Soldier

Memorial Day is a day set aside every year to honor and remember the many men and women who have died while serving our nation. As we seek to honor them, let us remember them and the great sacrifices they made to preserve life, liberty, and the pursuit of happiness.

Tomb of the Unknown Soldier 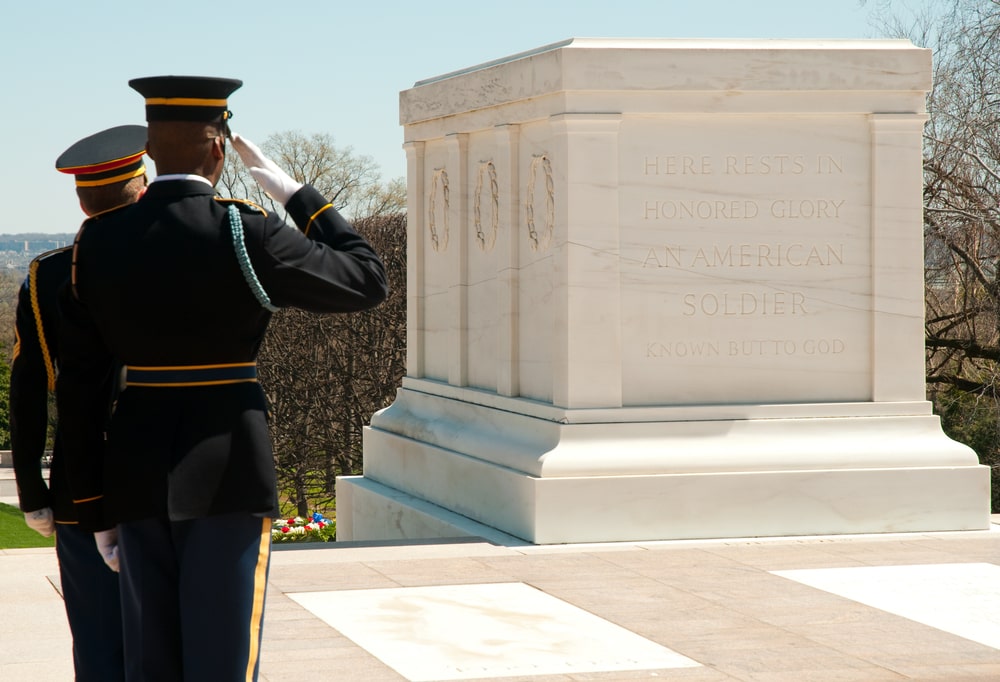 Lasting from July 1914 to November 1918, more than 4 million Americans served in World War I. In the end, more than 8 million soldiers across the world died in the conflict, with over 116,000 of them being American. Thousands of soldiers remained unidentified at the end of the war, and in 1920, the United Kingdom dedicated its own Tomb of the Unknown Soldier. In the following year, the United States, France, and Italy all dedicated their own memorials to the unidentified dead of the war. To this day, the Tomb of the Unknown Soldier is the most hallowed grave at Arlington Cemetery.

On March 4, 1921, Congress approved the burial of an unidentified American soldier to honor the unidentified dead of the war. In November, four unknown soldiers were exhumed from the four World War I American cemeteries in France. U.S. Army Sergeant Edward Younger, a decorated veteran, selected one of the caskets at random to be taken to Washington, D.C., for burial at the memorial. Once in the United States, the unknown soldier lay in state at the Capital from his arrival on November 9 until Veterans Day (then called Armistice Day). An estimated 90,000 people came to pay their respects during his time at the Capitol. On November 11, 1921, President Warren G. Harding officiated the interment ceremonies at the memorial.

Eventually, the remains of unidentified soldiers from World War II, the Korean War, and the Vietnam War would join their World War I compatriot in nearby interment locations marked with white marble slabs. However, in 1998, DNA testing identified the unknown Vietnam soldier. After his identification, the family received his remains. The Vietnam crypt remains vacant to this day, though an inscription was added, which says, “Honoring and Keeping Faith with America’s Missing Servicemen.”

When it was first constructed, the memorial did not include the rectangular, white marble sarcophagus that we now associate with the memorial. Instead, a simple marble slab covered the tomb’s opening. It was always intended that a structure sit atop the crypt, but it wasn’t until July 1926 that the funds were authorized. Then, in 1929, Lorimer Rich and Thomas Hudson Jones’ design was approved, and construction officially began.

Using Yule marble quarried from Marble, Colorado, the tomb consists of seven large pieces. It is flat-faced with neoclassic columns. Sculpted onto the east panel are three Greek figures, symbolizing peace, victory, and valor, commemorating the spirit of the Allies. And on the north and south panels, six inverted wreaths are sculpted, symbolizing mourning and representing the six major campaigns in World War I fought by Americans: Battel of Ardennes, Battle of Belleau Wood, Battle of Chateau-Thierry, Meusse-Argonne, Aisne-Marne, and the Battle of the Somme.

Perhaps most remembered is the inscription on the western panel, which reads: 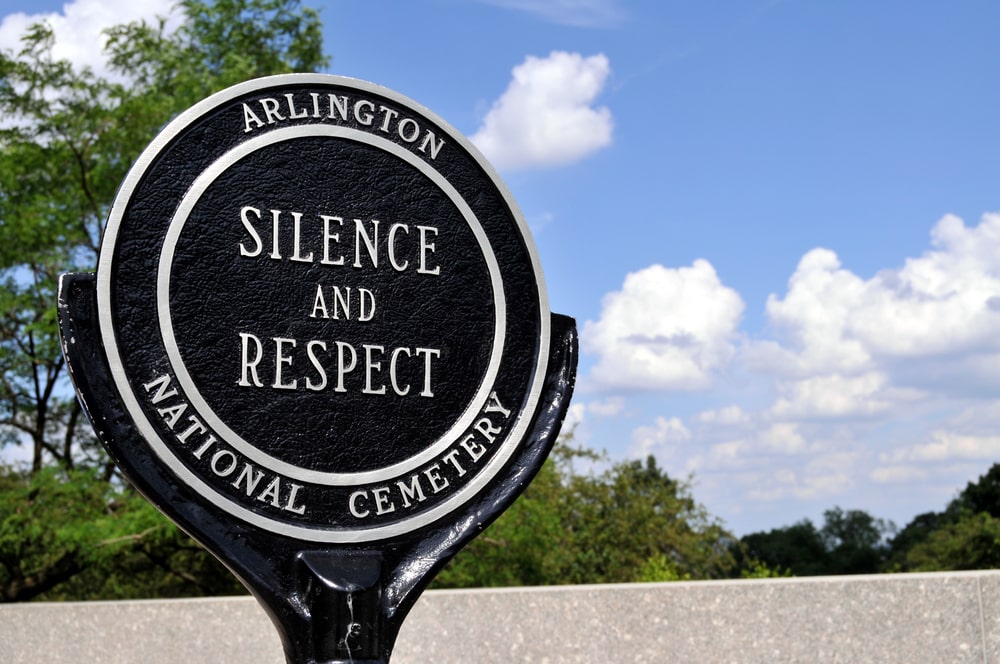 Perhaps as well known as the tomb itself are the Sentinels, or the tomb guards. It is considered one of the highest honors to serve as a Sentinel at the Tomb of the Unknown Soldier. Additionally, the Tomb of the Unknown Soldier Guard Identification Badge is the second least-awarded qualification badge in the U.S. military (the first least-awarded is the astronaut badge).

Since 1948, all of the Sentinels have come out of the 3rd Infantry Regiment, or “The Old Guard.” While they are guarding the tomb, the Sentinels do not wear rank insignia. By doing this, they will never outrank the Unknowns. The Sentinels command silence and respect at the tomb and will confront visitors who cross the barriers of the tomb or display loud or disrespectful behavior.

While they are actively guarding the tomb, the Sentinels “walk the mat” and follow a meticulous routine:

The number 21 is significant because it symbolizes the highest military honor that can be bestowed – the 21-gun salute.

Since 1937, guards have watched over the Tomb of the Unknown Soldier, 24 hours a day, 7 days a week. The Sentinels must meet the highest standards of behavior for their entire lifetime. If they do anything throughout their lifetime to disrespect the tomb, they risk their badge. While the Sentinels are usually male, three women have held the honored post. 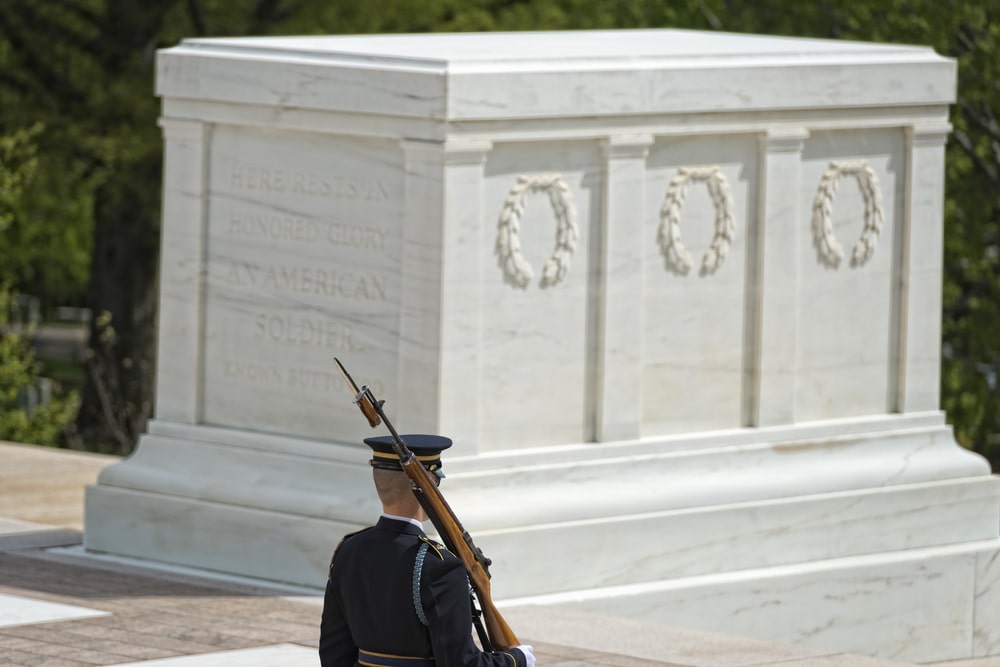 Permanent memorials ensure a lasting tribute for those who have been loved and lost. They also allow us, as people, to honor those we wish to always remember. Just as we create memorials for our heroes, we also create them for our loved ones. There are five key reasons why permanent memorials are important.

For many of our veterans, a large-scale memorial honors the group as a whole, as is the case with the Tomb of the Unknown Soldier. However, headstones, grave markers, or inscriptions set in place by their families honor them as individuals. Both types of memorialization are important and honoring to our veterans and our loved ones. 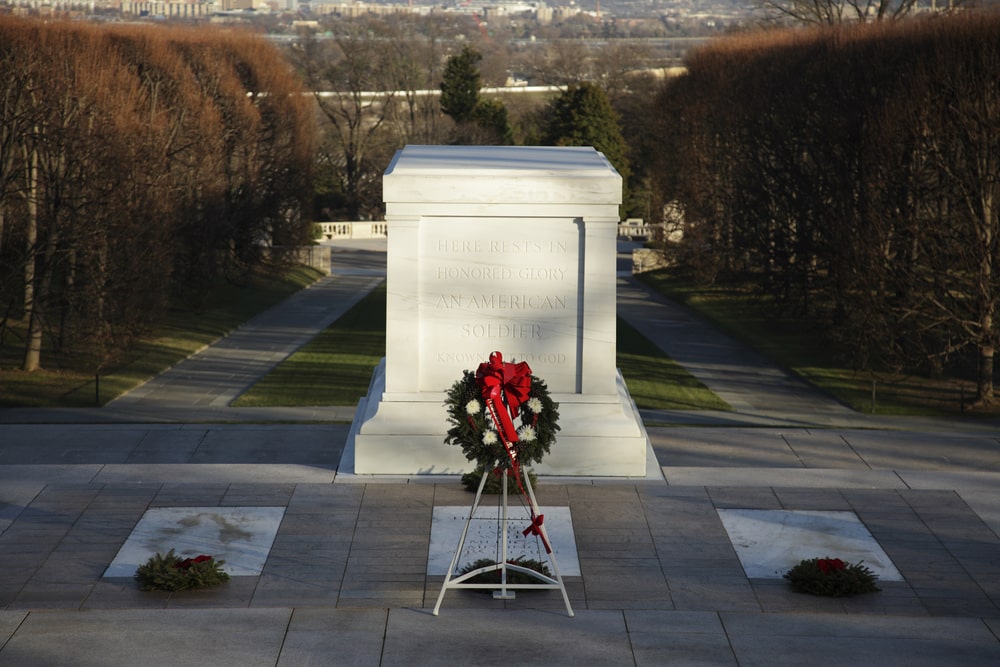 How You Can Help

While all of our World War I veterans have died, we can still remember them and honor their sacrifice. Wreaths Across America takes donations throughout the year, and every December, they lay a wreath of remembrance on the grave of as many veterans as possible. You can sponsor a wreath or volunteer to distribute them at cemeteries across the United States and beyond. Whatever you choose, sponsoring a wreath is a touching way to remember those who gave so much to our nation.