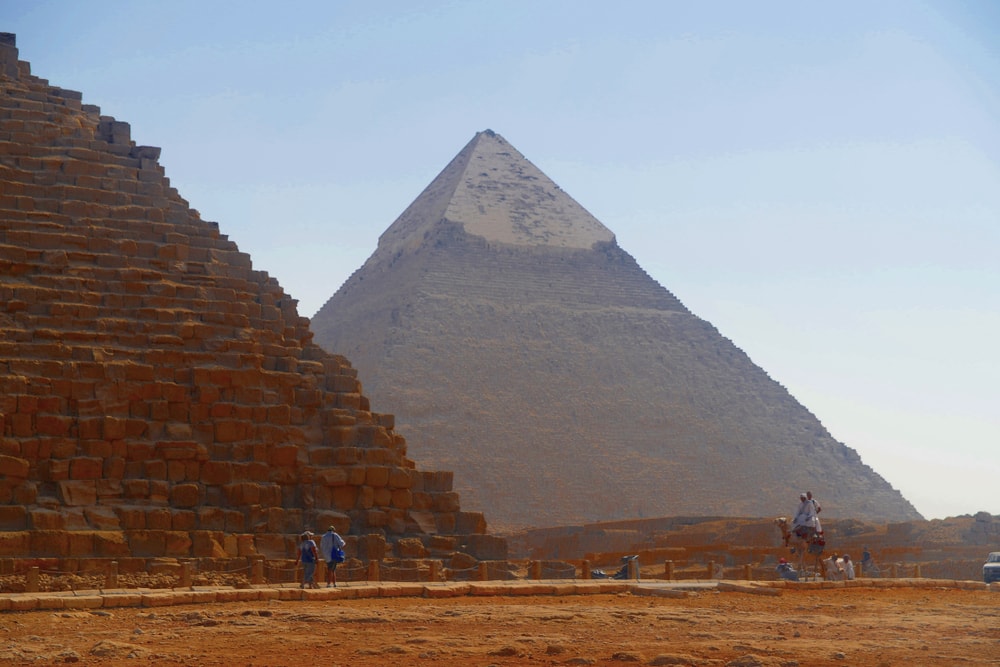 Egypt has a long and well-documented history. If you’re like many people, Ancient Egypt brings to mind sandy deserts,  grand pyramids, powerful pharaohs, creepy mummies, and priceless antiquities. As you envision the Great Pyramids of Giza, it’s impossible to forget a well-publicized and intriguing Ancient Egyptian funeral custom – mummification. While we don’t practice mummification anymore, it still holds a certain fascination for us.

Let’s take a walk through history and learn about a few Ancient Egyptian funeral customs that dominated their long history. Let’s go! 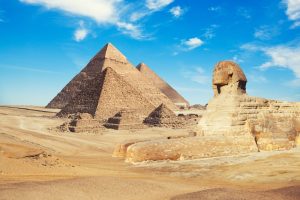 The Role of the Afterlife

Every aspect of Ancient Egyptian funeral customs revolved around the afterlife. They believed that carrying out funeral practices specifically and fully was necessary to ensuring immortality after death. For them, the afterlife was a place called The Field of Reeds, and you could only enter this place if you were deemed worthy in the Hall of Truth. Essentially, a person’s heart was weighed against the goddess Ma’at’s white feather, and if the heart was lighter than her feather, the soul would continue to The Field of Reeds.

However, there was a caveat. If a person’s body had not been properly buried and all the funerary rites followed, then that person would be unable to reach paradise. This is why Ancient Egyptians placed such a high regard on completing each aspect of their complex funeral customs. While funeral practices started out simple with shallow graves and minimal (if any) mummification in the early days, the practices became more complex over time. By the time of the Old, Middle, and New Kingdoms, funeral practices had become quite elaborate and widespread. 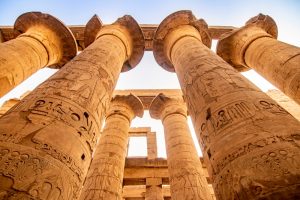 While mummification has ceased as a practice in most countries of the world, we do regularly practice other forms of preservation, like embalming. In Ancient Egypt, mummification was the way to go. Because the preservation of the body was essential to the afterlife, they did not practice any form of cremation.

Also, interestingly, archeologists have recently discovered evidence that funeral homes (of a sort) existed in Ancient Egypt. They focused on mummification and burial. You can learn more about this new discovery by clicking here. 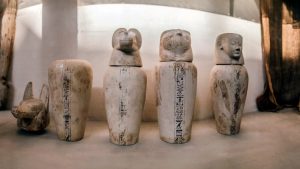 Including Spiritual Elements and a Remembrance Service

After mummification was complete, a great procession was gathered to escort the body to the tomb. Today, we still take part in the practice of accompanying the body to its final resting place. However, back then, it was a more elaborate event and often included professional mourners called the Kites of Nephthys. Perhaps the most important part of the graveside service was the Opening of the Mouth Ceremonyv. Using spells and incantations from the Book of the Dead, a priest would ceremonially touch different areas of the body. Without this ritual, the person would be unable to breathe, eat, drink, talk, or move freely in the afterlife.

Following the Opening of the Mouth Ceremony, priests recited a few more prayers and sealed the tomb. At this time, the mourners took time to celebrate the life of the departed with a feast, often held right beside the grave. Even the poorest Egyptian was given some kind of ceremony because it was believed that an improperly buried person would return as a ghost to haunt the living. Gives you shivers, doesn’t it? They certainly took things very seriously!

It’s also worth noting that Ancient Egyptians understood the importance of remembrance activities. They would regularly visit the family tomb, write letters to loved ones and leave them at the tomb, or keep busts of loved ones in the home to encourage their spirits to visit. 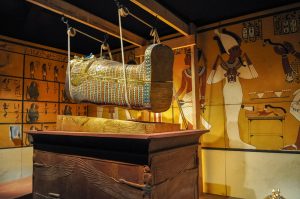 In preparation for the afterlife, people were buried with grave goods. Besides your body and the ability to eat, drink, breathe, talk, and move, what else do you need to set up a home in the afterlife? Household goods and treasures, of course! This meant including pots, combs, stone vessels, figurines, beads, amulets, and much more in the tomb. One of the most famous finds was King Tutankhamun’s tomb in 1922. Sadly, most tombs were looted by grave robbers long before any modern-day archeologists could explore them, but despite that, we’ve still learned a great deal about Ancient Egyptian funeral practices. The grave goods included were dependent on the wealth of the person who died.

Ancient Egypt gave humanity some of the most spectacular and memorable final resting places, like the Great Pyramids and the Valley of the Kings. Filled with grave goods, hieroglyphics, and even mummies sometimes, Egyptian tombs have long been an archeologist’s dream and have given us a glimpse in what life was like in Ancient Egypt. While the tombs did not remain undisturbed for long due to grave robbers, the tombs do provide a long-lasting memorial. After all, thousands of years later, we are still talking about Tutankhamun, Ramses, and Nefertiti, amongst others. 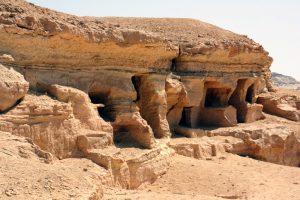 Cemeteries provide the same function for us today, though thankfully, we don’t have to worry about grave robbing anymore. Instead, a cemetery provides a quiet, tranquil place to remember the person we love and feel close to them once more. To learn more about the benefits of a permanent memorial, click here.

As you can see, for millennia, humanity has felt the need to mourn and remember loved ones while also participating in healing rituals. We definitely do things differently now – definitely no more spells or secret incantations – but the purpose of the funeral remains the same. We want to honor those we love. Remember their lives. Celebrate them. And look forward to seeing them again someday.