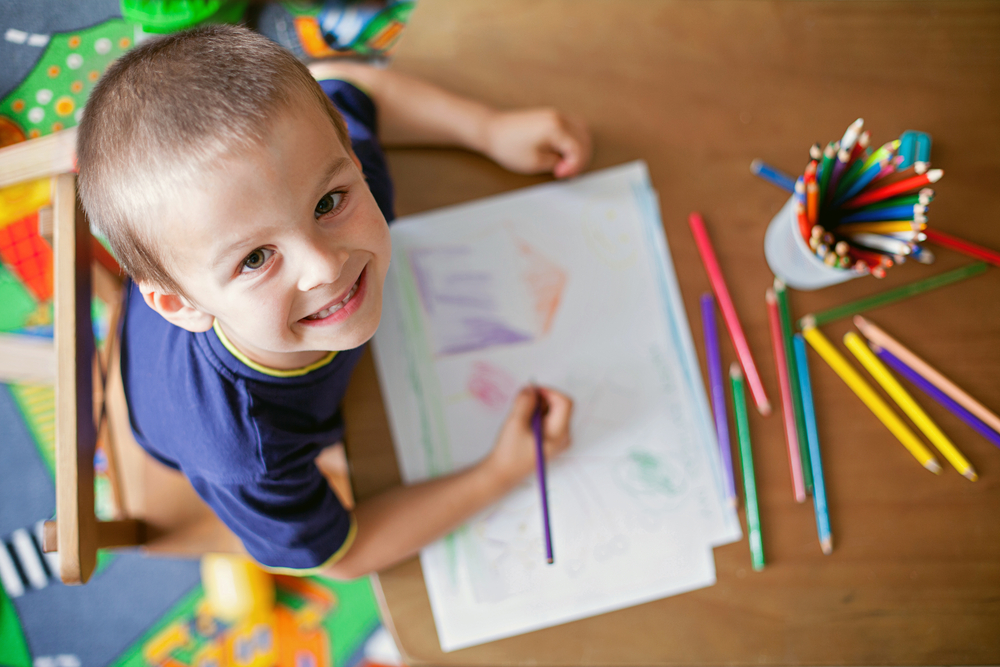 THE ETERNAL OPTIMIST By Beth Dalton

We have been lucky to be blessed with three sons. They have each brought us special joy with their individual personalities, but our middle son, Billy, is fondly known as the “eternal optimist.” I wish that we could take credit for this attitude, but it’s something he was born with! For example, he had always been an early riser and liked to get in our bed at 5 a.m. As he would crawl into our bed, we would admonish him to be quiet and go back to sleep. He would lie on his back and say in a falsetto whisper, “It’s going to be a beautiful morning. I hear the birds singing.” When we would ask him to stop talking to us, he would reply, “I not talking to you; I talking to me!”

In kindergarten, he was asked to draw a tiger. Now, while optimism is Billy’s strong suit, art is not, and his tiger came out with a crooked head and one eye that appeared to be shut. When his teacher asked him about why the tiger had one eye closed, he replied, “Because he’s saying, ‘Here’s looking at you, kid!’”

Also, when he was five, he got into an argument with his older brother about whether a man on TV was bald. Billy said, “He’s not bald. He’s like Papa. He’s only bald when he looks at you. When he walks away, he has lots of hair!”

These memories and many, many more led up to the ultimate optimistic statement. Our third son, Tanner, was stricken with hemolytic uremic syndrome on a Tuesday and died the following Sunday. Billy was seven. The night after Tanner’s funeral I was putting Billy to bed. I often used to lie down beside him to discuss the day. On this particular night, we lay quietly in the dark with not much to say. Suddenly, from the dark, Billy spoke.

He said, “I feel sorry for us, but I almost feel more sorry for all those other people.” I questioned him about which people he was talking about. He explained, “The people who never knew Tanner. Weren’t we lucky to have had Tanner with us for 20 months. Just think, there are lots of people who were never lucky enough to know him at all. We are really lucky people.”

From A 3rd Serving of Chicken Soup for the Soul. Reprinted by permission of Health Communications, Inc. Copyright © 1996 Jack Canfield and Mark Victor Hansen