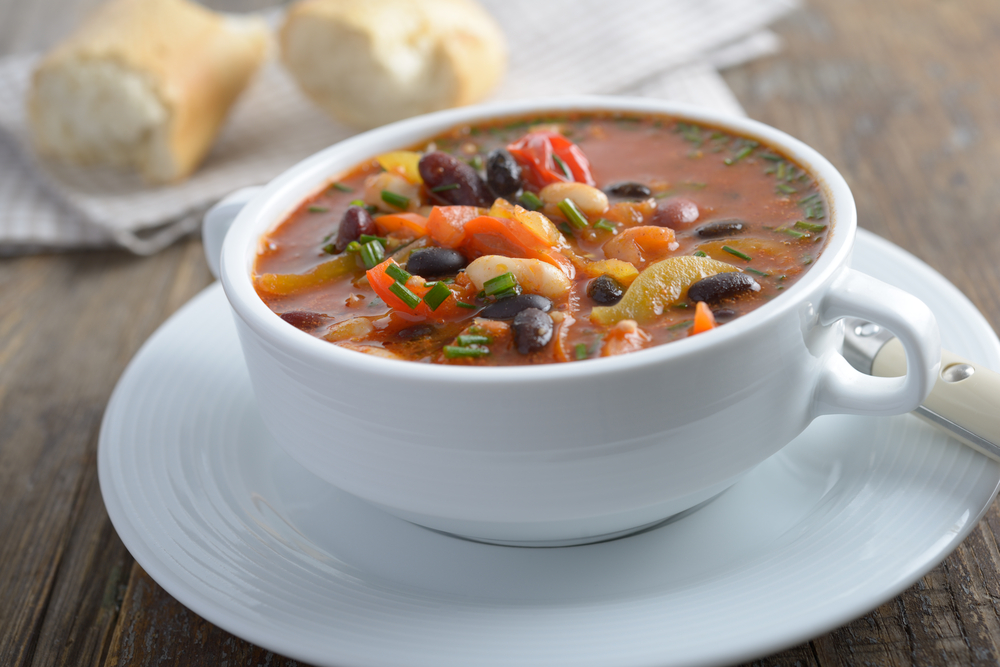 On the last real night of my marriage I made a pot of bean soup. At about 11 o’clock, the soup was ready, scents of garlic and bay leaf wafting through the apartment. I went into the den, where he was watching the Yankees play the Toronto Blue Jays, and invited him to have some.

We sat at the kitchen table, not talking much, or at least, not talking about anything that I remember. “That was great,” he said, when he was finished. I probably said, “Thank you.” He stood to go back to the game and I said, “Well, I have to get up early tomorrow. Goodnight.” And I went to sleep. I didn’t say, “I love you.” I didn’t say, “I bless the day I met you,” or “I am so glad that we married each other.” I just went to sleep.

The next time I saw him, he was face down on the bed, not breathing, and although he was in a coma for two weeks, and I believed he would recover for most of that time, in essence, I now know, he was dead.

When something like that happens there are so many regrets, and among the greatest is each and every time that you could have verbally or by action said “I love you.” I regretted not learning to care about everything he cared about. I grieved for every time I got upset over something inconsequential—and trust me, most of it seems inconsequential when the love of your life is in a coma.

For the first week he was unconscious, I promised him the moon. I told him that if he would just open those big brown eyes, I would never get mad about anything ever again. He could leave his socks two inches from the hamper, and I would thank God that they were there. I would dress up more and take time out for lunch whenever he asked. We would watch football games together and talk about politics. I promised him prime rib in wild mushrooms and red wine, and tuna au poivre perfectly rare, on the Royal Doulton with candles every night.

But as part of bean soup, I promised him that I would love him as much as before or maybe even more and that I would try never to forget what we had almost lost. I wish I had been given the chance.

Marriage is not always made of rose petals and moonlight and perfect understanding. Sometimes it is made of kids with the stomach flu, and flights that have been delayed, or even just made of work and dinner and running out of light bulbs. At times like that, sometimes the marriage goes on autopilot and love is subtext, an article of faith. Then, the dust clears and we remember. And as you have no way of knowing when you are young, but as you come to know when you’ve been married a while, that is more than fine.

Reasonable minds may differ, but for me, it is the dailyness that I love the most about being married. I liked the anniversary dinners and the romantic moments, but even more I loved the mundane workings of our daily lives, coming home to trust and commitment and inside jokes, and even the predictable irritations like those socks.

When marriage is lost in the way that mine was, it is the everyday memories that mean the most. The time we both had bad colds and spent the day in sweatshirts, bringing each other tea. The way he took in the dry cleaning every Friday. Or the nights, like the last one, where we didn’t really talk but shared the deep ordinariness of a quiet Sunday night with our daughter asleep and the Yankees playing for him and some music for me, and a great big pot of soup.